Our research program focuses on Breast Cancer-Related Lymphedema. Patients who have undergone surgery or radiation therapy to the lymph nodes for breast cancer (note that radiation to the breast alone does not increase risk of lymphedema) are at risk of developing a form of swelling called lymphedema, a lymphatic system disease.

The lymphatic system collects extra fluid, as well as proteins and other substances, from the body's tissues. This fluid is known as lymph. If the flow of lymph in the body is blocked, fluid can collect in the tissues under the skin. The resulting swelling is lymphedema. The condition can occur anywhere in the area of the body that was treated. Breast cancer-related lymphedema can occur in the breast, chest wall, arm and/or hand.

For more information on lymphedema symptoms,diagnosis, and our clinic, click below. 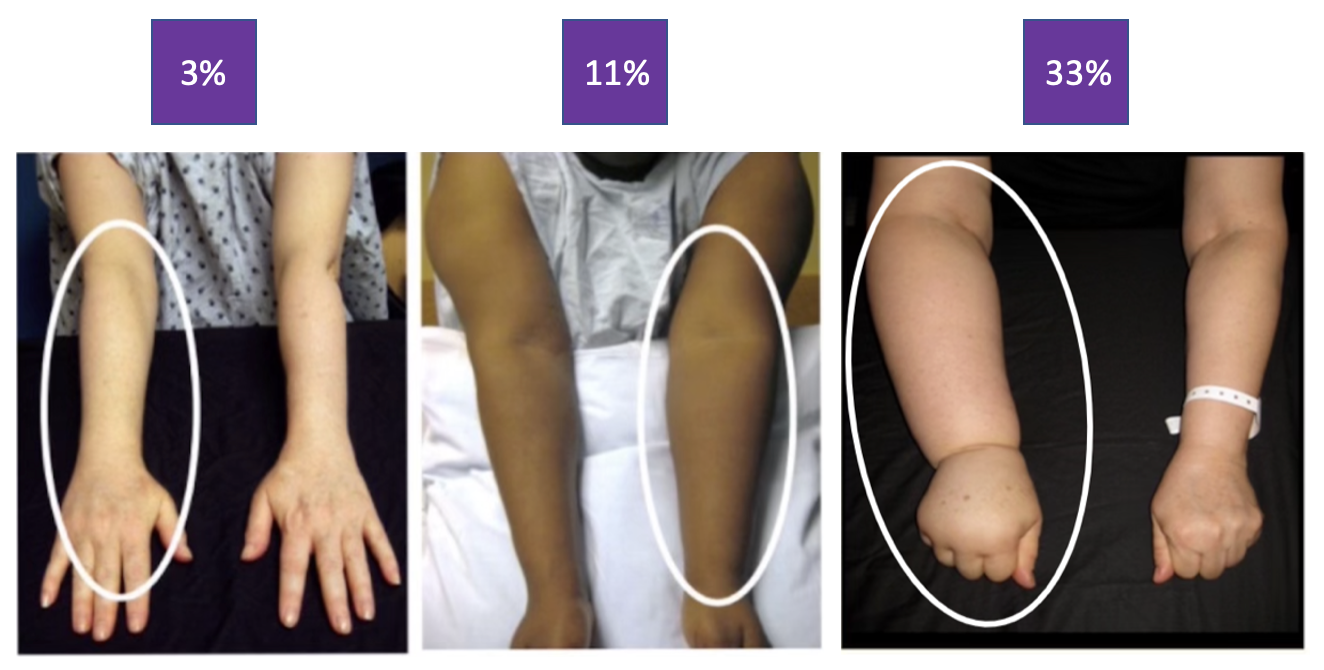 Different levels of swelling from lymphedema 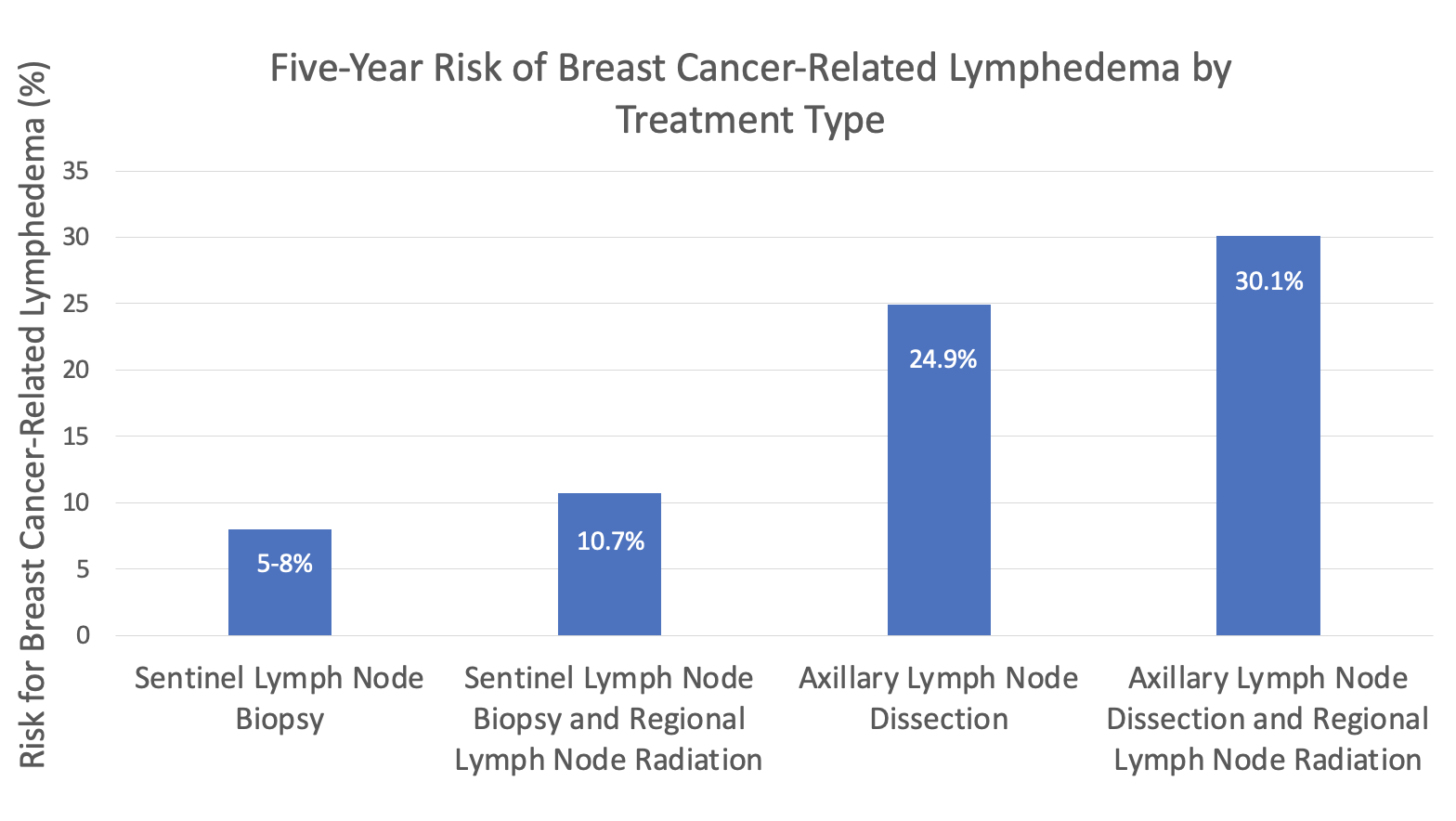 Sentinel Lymph Node Biopsy is a biopsy taken of the sentinel node or nodes to determine the extent of breast cancer. The sentinel nodes are the first lymph nodes into which a tumor drains from the breast.

Regional Lymph Node Radiation includes radiation to the lymph node regions around the breast, including the axillary nodes (under the arm), the supraclavicular nodes (above the collar bone) + or - internal mammary nodes (near the center of your chest). It should be noted that breast radiation alone does not increase lymphedema risk.

Contact your treatment team immediately if an area of your arm or chest becomes red, painful or swollen, or if you have fever or chills. These symptoms can be signs of infection, which should be treated immediately.